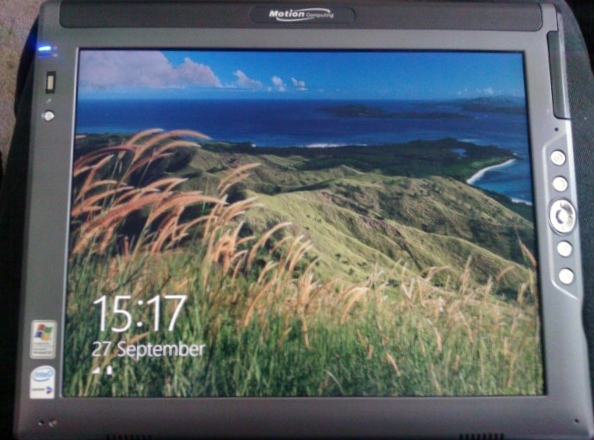 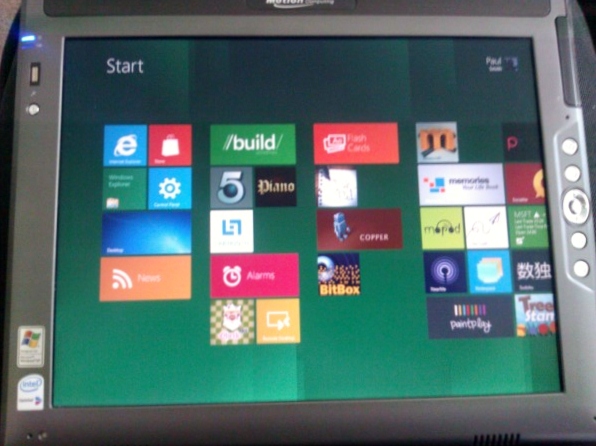 An issue a few people are running into while they're getting to grips with Windows "8" is the remote desktop application, the new dare I say it "Metro-style" doesn't seem to be all that great. I personally can't get it to do anything - it's also pretty rare I'd be using Remote Desktop fullscreen, I'm usually doing something else at the same time.

Nevertheless it is of course possible to just use the original Remote Desktop client. 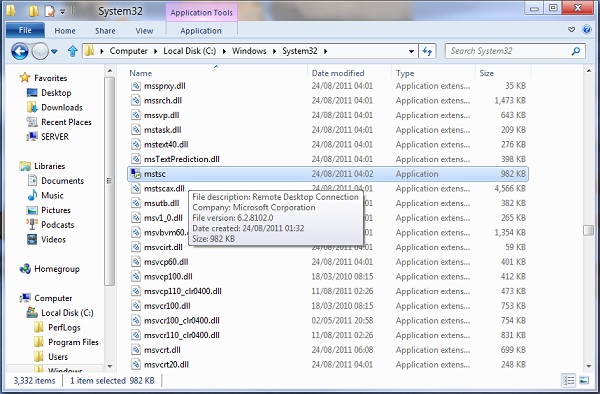 There's a couple of ways you can launch it. You can hit the Start button and start typing mstsc (which can be easily remembered as Microsoft Terminal Services Client) and hitting enter - just make sure you're searching applications, as by default the new Start search doesn't seem to search all categories at once.

Or you can just open Explorer and make your way to Windows\System32\mstsc, you can right-click on that and pin it to the Task bar if you use it a lot.

As revealed in the latest Buildings "Windows 8" blog post, half of all users shut down their computers rather than putting them sleep/standby.

Shocking statistics in my opinion. No doubt compounded by the fact that in Windows 7, the power button, would shut the system down rather than put it to sleep by default like it would in Windows Vista.

Windows Vista introduced the new hybrid sleep mode, that writes the contents of memory to disk, like if the system was hibernating but would then suspend the system like it was sleeping. This was a great development, it meant that if the system lost power, the state was still stored on disk and could be resumed as normal, but if the system maintained power it would boot up in a couple of seconds like it would as if it was sleeping. Windows 7 continued with this approach, but made Shut down the easy to find option and as we can see many people continue to use it, and waste millions of hours waiting for their systems to boot needlessly in my opinion.

Windows "8" however is introducing what I'm calling a hybrid Shut down. Importantly it is now the default option, although can be changed or the old style shut down can be achieved with a command line switch.

Essentially what this does is hibernate the system, while shutting down the user session. This is a great step forward and should cut boot times in half on many systems. So rather than the system starting drivers and services they're all read into RAM from the hibernate file.

Yesterday, at the All Things Digital conference - usually something I avoid - Microsoft unveiled the new Metro style user interface for Windows. Optimised for touch, but compatible with a mouse and keyboard. Alarmingly applications that make sure of this user interface are written in HTML5 and Javascript. Hopefully Silverlight, and even WPF will make an appearance in the future.

It also looks like the Office team have finished their takeover of Windows, with Jensen Harris in charge of the video!

All in all I'm impressed with the direction they're going, I'd argue they could have done it sooner. They've had the key aspects in there for years, namely with Media Center from which Metro was derived. But now with Windows also being ported to low powered ARM devices it was clear a full-featured Metro style interface was needed.

Here's one to add to your toolbox, especially for people who do a lot of consumer oreanted tech support. The recently released Microsoft Safety Scanner.

It's a self-contained anti-malware scanner, the kind which is handy to run off a USB drive to scan someone's computer. No installation or internet connection is required, as most sophisticated malware will block installations of known anti-malware and block internet access to various websites. But copies you download are only good for 10 days before you have to download a newer version. 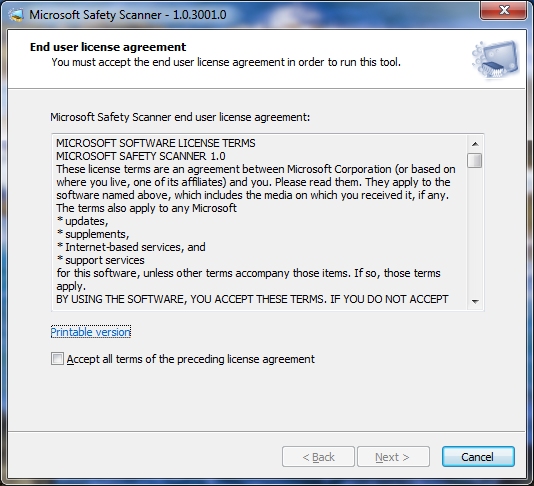 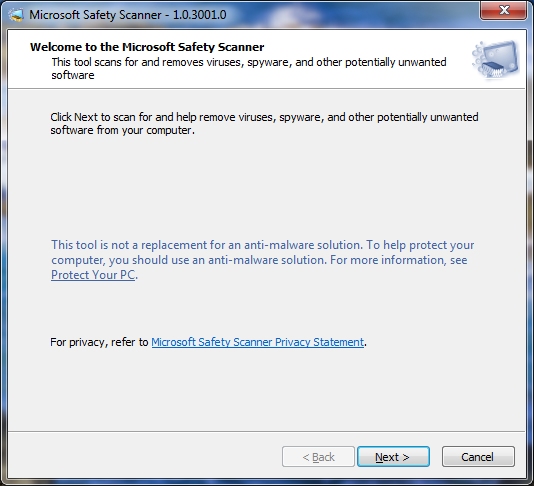 Here it kindly reminds you that it is not a replacement for a resident anti-malware scanner. I'd recommend Microsoft Security Essentials for that. 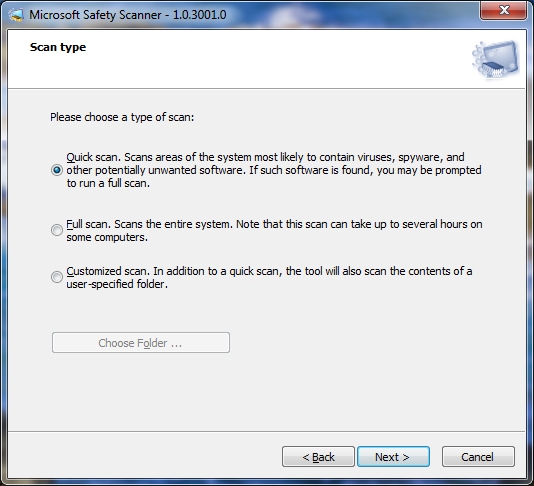 Standard sort of options, quick scan, where malware is most likely to be located, complete and of course a custom scan. 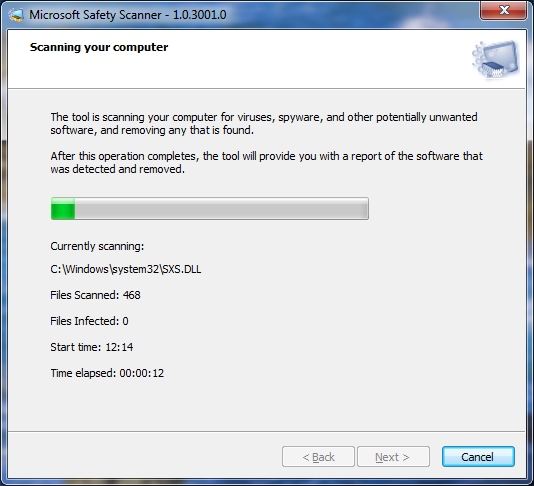 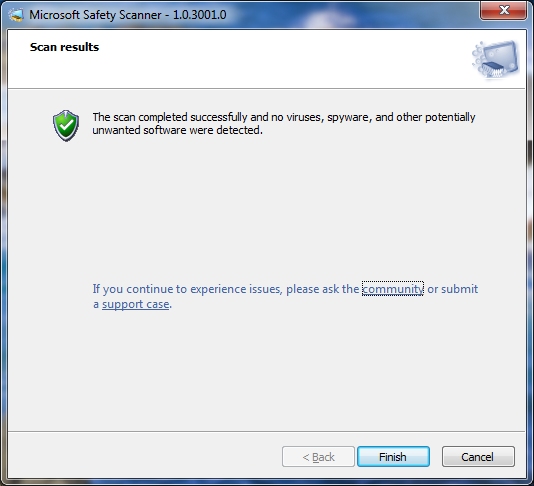 Nice and simple. Like I said only draw back is you have to replace it every 10 days. With it using the same scanner as MSE and Forefront it'll undoubtedly do a decent job of things.

Internet Explorer 9 came out a few weeks ago, if you're not using it. I'd recommend it. Especially people who are still using Firefox. It is well documented as the fastest browser out there. Not just in javascript speed, but also important areas like start time, and page rendering.

With the update to Windows Phone coming later this year, Internet Explorer 9 will be included. With it comes all the HTML5, and hardware acceleration that IE9 brought to Windows, but now in your pocket.

Here's a video to give you an idea:

To sum up, Internet Explorer 9 on Windows Phone renders at 23 fps, Chrome comes in at 11 fps on Android, and Safari on an iPhone 4 comes in at a dismal 2 fps.