Coming to a computer next year, the fifth installment in the Silent Hunter series, this time we're back in the Atlantic (we should have never left) with the Kriegsmarine.

Walk through highly detailed submarines in the new first-person view and access every part of your U-boat.

Interact with your crew, watch them perform their daily jobs and experience the tension and fear inside the U-boat through the new advanced order system.

Choose your own strategy and select your targets with a new objective-driven, dynamic campaign. 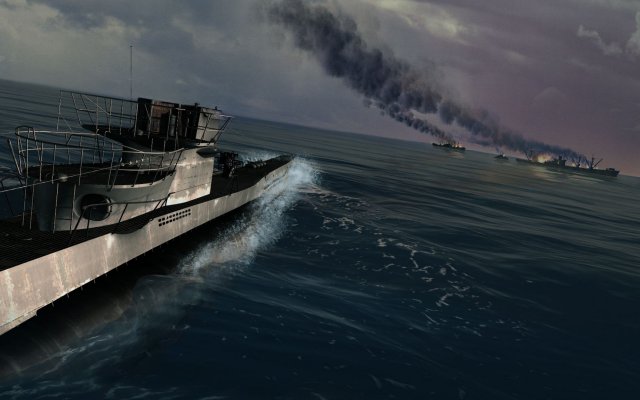 Open new locations, upgrades and resupply possibilities, while the Allied ships adjust dynamically to your approach. Your actions will directly impact the evolution of the campaign.

Prowl the waters with a brand-new user interface. Now, every beginner can successfully command a sub while remaining free of confusion. In expert mode, experienced players will be provided all the necessary information and controls to command the sub completely on their own.

Experience the most realistic and immersive Silent Hunter ever created. Improved environment graphics create a powerful level of immersion as you operate authentic, highly detailed U-boats and fight against surface ships. 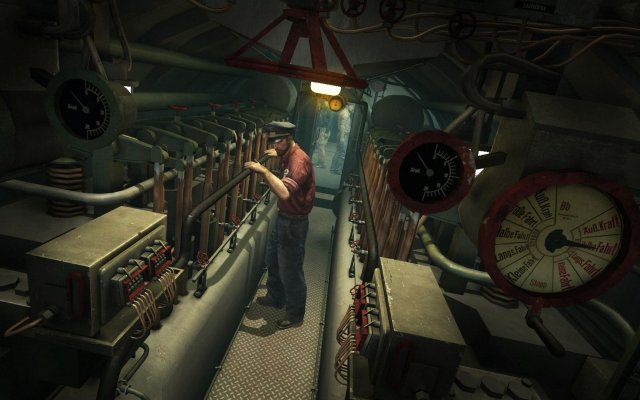 Let's hope they don't make it too arcadey so any monkey can play. I would embed a trailer, but until they have a trailer where the crew are speaking German, not English with a bad American accent there's no point.

Carrying on from my preview post about how Internet Explorer and Pen Flicks are somewhat broken, next we come to the even more annoying issue.

RSS feeds don't reliably update in Windows 7. I haven't worked out exactly what is going on with this one yet.

But since I've been running Windows 7 I've noticed after logging onto the machine in the morning, that the RSS feeds in Internet Explorer - well any that are stored in the Common Feed List - aren't automatically updating.

I normally have my feeds set to update every 15 minutes, but after logging on in the morning 9 times out of 10 they'll all say last updated yesterday, even after waiting a couple of hours. You can easily tell it to start updating - by just right-clicking and refreshing all feeds, that starts the service working as usual, until the following day at least.

When I've come up with a work-around I'll post it.

The BBC was trying to do an article covering the Perseid meteor shower. Well they did a largely fair job on it, well almost.

No special equipment is required to watch the shower, which occurs when Earth passes through a stream of dusty debris from the comet Swift-Tuttle.

The meteors appear to come from a point called a "radiant" in the constellation of Perseus - hence the name Perseid.

Astronomers say up to 100 meteors per hour are expected to streak across the sky during the shower's peak.

One person won't actually see 100 per hour, maybe three or four people looking at different parts of the sky might see closer to that sort of number.

But this year, light from the last quarter Moon will interfere significantly with the view.

Astronomers say binoculars might help with viewing the spectacle, but will also restrict the view to a small part of the sky.

No sane astronomer would ever say that, you'll never see any meteors through binoculars. Don't bother even bringing binoculars with you, unless you plan to have a look at the Moon (best to do once you go outside so it doesn't ruin your dark adaption), or some of the open clusters in the region.

Now that Windows 7 has RTMed, it's time to look at where we are exactly from a bug standpoint.

Last week we had a lot of fuss over the so-called check disk bug, where check disk would use up all but 50MB of RAM. When was the last time anyone here ran check disk? And as I've always said, unused RAM is wasted RAM. I'm sat on my machine at the moment and it’s got 2GB unused, come on use that RAM.

Non-issue, that's not to say Windows 7 doesn't have bugs, I've come across more than I came across with Windows Vista when it first RTMed.

The second most annoying is this one, pen flicks being broken in Internet Explorer 8.

As many of you know I am a fan of the Tablet PC, I currently use a Motion LE1700. Windows Vista brought massive improvements to the Tablet, a new TIP (Tablet Input Panel), plus handwriting recognition that learns as you use it and pen flicks, the ability to quickly swipe the screen, and move say back and forward or scroll a page up and down. Windows 7 has improved upon the old TIP. But, its suffered from one massive almost deal-breaking bug.

Pen flicks do not work to scroll the page up and down in IE8 when it's using the new rendering engine. They however work fine if you're visiting a website in compatibility mode.

As a partial work-around you can enable compatibility mode for all websites in Compatibility View Settings under the Tools menu. But this work won't for websites that declare themselves as IE8 compatible.

So worst of all, this bug will get more obvious and annoying as time goes on as fewer websites will be displayed in compatibility mode.

What's even more annoying is Microsoft is talking up the touch features in Windows 7 - touch like using a tablet also uses the same pen flicks system, so undoubtedly it will be broken for those using touch screens too. 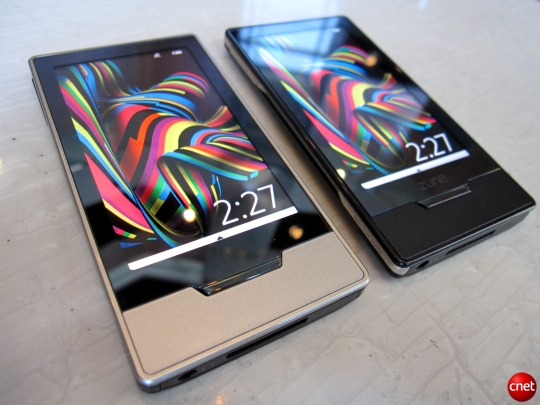 Good timing as I've got a new plugin that automatically posts to Twitter when I make a new blog entry. Which now can't be tested. Great. Although mainly I'm worried about Catherine, how will she manage without Twitter!?