After traveling since July 2020, the new Perseverance rover has successfully landed on Mars. Hopefully it'll go on to be as successful as Pathfinder's Sojourner rover, Spirit, Opportunity and the still active Curiosity.

Only low-resolution images from its engineering cameras have been transmitted back, but they're enough to confirm its safely on the surface.

I was playing a bit of Dreams on PS4 yesterday, as I frequently do to keep an eye out for any interesting creations that the Dreams community make, and one caught my eye, the Flat Earth Science Museum by KingZorlok. It being a wonderful little exhibit of a flat Earth with various statements placed around the edge of the room, upon entering we're welcomed with a sign stating "welcome to the flat earth science museum. Here you can see the earth through the lens of logic".

That's true for a lot of buildings as they're far too small to be effected by curvature. However larger structures absolutely need to take this into account, any suspension bridge will have the tops of their towers further apart than the base - they need to be to so gravity remains pulling them down straight. For example the two supporting towers that make up the Humber Bridge are 1440 metres apart at the base, but 36mm further away at their tops.

Another great visual example would be Lake Pontchartrain Causeway which is 23 miles long.

No it doesn't. If buoyancy "perfectly" explains why things fall, why do things fall down? Not up into the less dense air? There's obviously some sort of force keeping things on the ground, but why would they fall into the more dense air at the surface and not less dense air above the object? This is opposite to our observations.

Ships disappearing bottom up can be explained by the law of perspective. Modern camera's are able to zoom ships back into view after they have "disappeared"

If gravity is strong enough to keep cars on the ground, then its impossible for gravity to be simultaneously be weak enough to allow small insects to fly

Insects have wings. Cars that have wings are called planes, and they can fly too.

It is said that earths rotation takes twenty four hours. In which case, days and nights should have an identical duration of twelve hours each

Because Earth's axis of rotation is angled at 23.44° relative to our orbital plane. Causing the northern and southern hemispheres additional daylight when they're pointed towards the Sun. The average value through the year is still 12 hours.

Gravity is pulling the Moon towards the Earth - however luckily the Moon also has enough velocity perpendicular to the Earth that its constantly falling around it. If people were sped up to 28,000 km/h (the orbital velocity required for a low Earth orbit, they would orbit the Earth, but you might wanna get them above the atmosphere first or they'll probably get a tad warm.

"Satellite" reception has shown to be poor in areas with few cell towers. Additionally, the invention of satellites should have made cell towers obsolete

This is false, plus satellites were invented before cell towers. Satellite communication is extremely power-intensive relative to local cell towers because they're hundreds if not thousands of times further away. To effectively communicate with satellites even in a near Earth orbit (most communications satellites are much higher) you'd be looking at around 100 watt draw even with a fairly narrow beam. Most mobiles have transmitters around 0.6 to 3 watts and they're omni-directional

It has been observed though. Source: the Solar System.

Because they were already rotating along with the Earth when fired. Feel free to do a similar experiment with throwing a ball up while in a moving train.

Sunlight shines through clouds from wide angles. This proves that the sun is much closer than we thought

Sunlight shining through clouds create parallel lines, the reason they look like they're diverting is due to perspective.

Exactly the same reason that railway lines appear to converge, yet they're parallel, feel free to go and measure them, actually don't.

Olber's paradox refers to an infinite universe, filled with infinite stars. The universe is not infinite.

If the earth was a sphere, airplane pilots would have to constantly dip their nose downwards as to not fly off into outer space

They actually do, they keep the planed trimmed to keep their altitude constant... Plus airplanes can't fly off into outer space because the air would be too thin to provide enough lift or to feed the engines.

If the sun was as big and powerful as the globe model claims, it would be impossible to have different climates in different parts of the world

Why's that? Take a torch, shine it on the centre of a ball at 90° and then at the same distance move it towards one the sides. The light will become more spread out across the surface and less intense.

This is false, even for relatively imprecise amateur equipment it is possible to measure star movement over a human lifetime. A well-known star atlas produces updated versions every 50 years to keep it up to date.

If earth rotated a thousand miles per hour that would cause a tremendous rush of wind in one direction, making kite flying impossible

Rotation isn't measured in miles per hour, but rotations per minute, or degrees per minute. The Earth rotates at 15 degrees per hour, that's twice as slow as the hour hand on a clock. It's not exactly whipping around. Plus the atmosphere rotates around with the Earth. See the throwing a ball upwards on a moving train experiment.

The globe model claims that the sun is 400 times larger than the moon and 400 times further away, making them "falsely" appear to be the same size.

If only I had the time I'd create a proper science museum in Dreams.

"None of us were able to predict a new variant would occur." - Dido Harding

"We've seen the virus mutate…which was something none of us were able to predict." - Dido Harding

A total and complete record of failure. Track and Trace failed, 59% of contacts reached? £23 billion down the drain? Unfortunately all too typical of this government and their complete and total failure to deal with coronavirus.

Why the private sector, why not the NHS and why Dido Harding?

Tory ideology and nepotism, this whole crisis has seen them award billions to private companies that fail to deliver results, all while systematically under-funding and breaking up the public sector. These companies seem to have a habit of being closely linked to the Conservative Party - so these contracts are not even being awarded to businesses fairly. Need ferries from a company that has no ships? No problem mate, here ya go, £60 million. Need a functional track and trace system? Oh thanks mate. Who cares if it doesn't work? As long as the donor money keeps coming in. Got a Tory minister on WhatsApp? Just send a message and see what you can get.

Dido Harding doesn't exactly have the most amazing track record, a good stint at Woolworths in 2009 (when they went bust), and a long run heading up TalkTalk, when they suffered a cyberattack resulting in hundreds of thousands of customer's data being leaked, and ended up costing them £80 million. Never mind though, in the same year she was put into the House of Lords, thanks to David Cameron. Who she attended Oxford with. How she end up at Oxford? Well she is the granddaughter of Field Marshal John Harding, 1st Baron Harding of Petherton. Oh, did I mention she's been married to a Tory MP since 1995?

We need to get this government out so we can actually get some talent running the country. Dido Harding, sorry, Baroness Harding, Chair of NHS Improvement and NHS Test and Trace is not qualified for the job. None of them are, and their record of failure should not be tolerated. I know its hard for Brexit Britain to understand, but we need the best people in government, not the worst + their WhatsApp contacts. 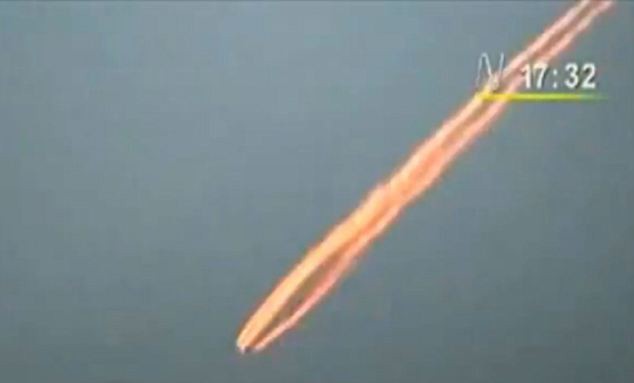 50 years ago today, Yuri Gagarin successfully orbited the Earth, paving the way towards the stars.

But disappointingly all we've done in the last 40 years is orbit the Earth. It's time human space flight was properly funded.