Following on from my previous post on the subject of my new server, its been running fine for a week. 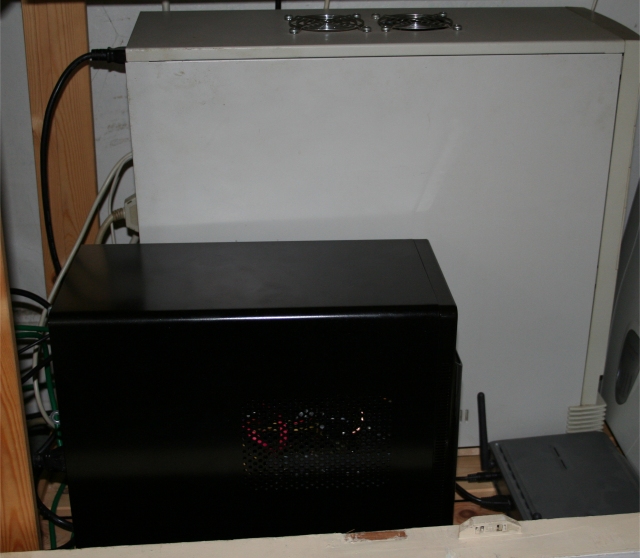 Here's the thing sat next to the old server. Much smaller, and much more likely to survive the journey to Guildford - I've actually decided to use screws to hold this one together, not cellotape and blu-tac. Although I'm sure I'll be swearing at it when I need to swap out some disks.

The only real downside to using such a smaller case is the number of disks it can support. There are only two 3.5 inch bays with this particular case, and one DVD-ROM drive bay - which I play to use to put an extra disk in, as having a DVD-ROM drive would be a bit pointless. But if push came to shove Windows Home Server is quite happy using USB drives too. 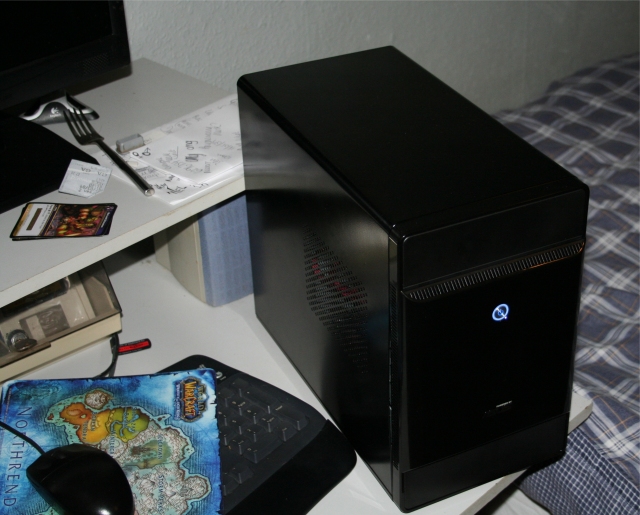 Other drives were harvested from the old server, but I'll probably end up adding a 1.5TB drive at some point. The new Western Digital drives are pretty quiet, but they're still farely loud while seeking. Not as quiet as my Hitachi P7K500 I use in my desktop, which are pretty much silent while doing anything, including seeking.

Temperatures aren't bad considering it only has one fan other the one in the PSU, which is on the CPU - no chipset fans (which always get worn out after a few years). The two cores float between 36° and 44°, and the two drives in there at the moment float between 39° and 43° the CPU fan happily runs at around 1400 RPM, I've only twice heard it spin up to about 2000 RPM and then only for a couple of minutes usually when the server is munching through some backups.