Gorgeous picture today from NASA's Terra satellite. Taken about 8 hours ago, it shows a snow covered Great Britain. For those not in the know, we've probably been hit with more snow than we've had in decades, this picture nicely captures it. 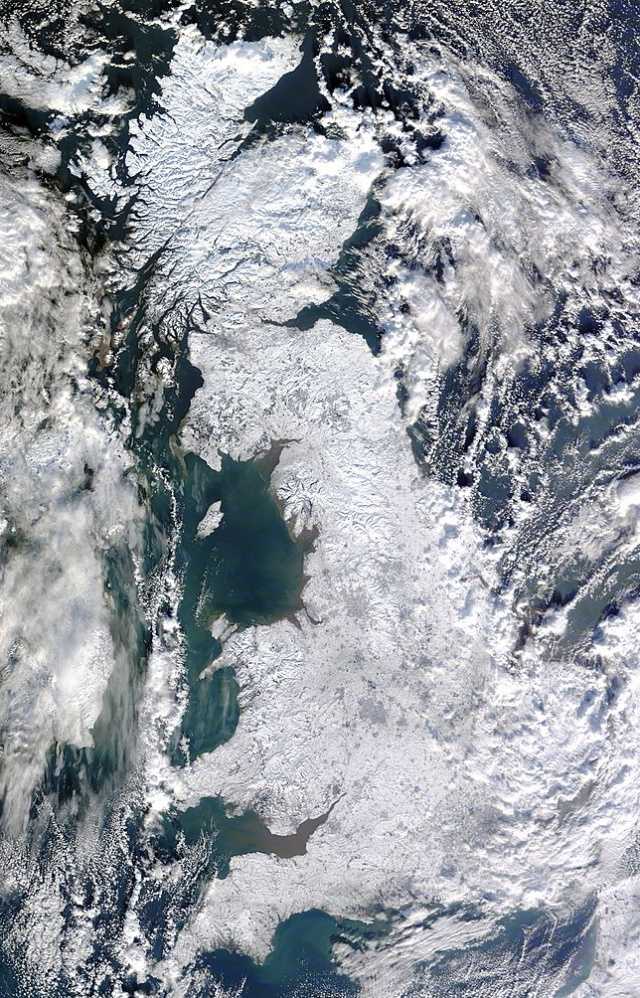 Now if only our country was more horizontal, at least then we could use it as a wallpaper.

Higher resolution (right down to 250 metres per pixel) versions are available from NASA.

Update: A few people have said NASA's website is being a bit slow for them, so I've uploaded the highest resolution version here.

Posted by Paul on 7th January 2010 in General

wow. I think it is so cold for britain

the entry is good!