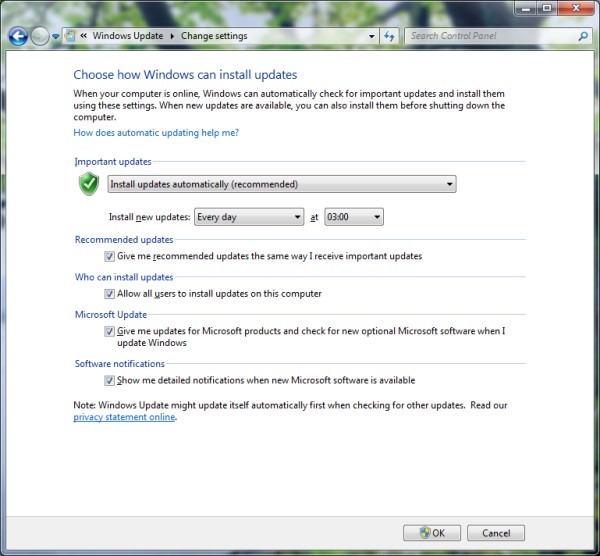 Here's something I came across, way to start out a blog post.

I put my machine nicely to 'Sleep', only to find that when it woke up, it had helpfully restarted to install some goddamn update, which I can always refuse and reset if I'm actually working on the computer, and lost my work and the browser windows I had open so that I wouldn't forget to blog about those things today.

OK so let me guess, you're going to say "why the frakking hell did Microsoft do that?"

Well guess what, Windows XP does the same thing.

Ironically somebody posted this in one of the comments:

the more I hear about Windows Vista, the more I'm glad I opted to stay with XP

Heck it was worse with Windows XP because there were about 3 times as many updates, and they weren't all released one day a month, they were released all over the place.

Yet I don't hear anybody complain about Windows XP doing that. Maybe because very few people would put their Windows XP machines to sleep because it was about half as reliable as Windows Vista.

So here Windows Vista checkmates Windows XP on a feature, and thanks to user-stupidity Windows Vista gets another negative story in the blogosphere.

I never hear any of the Mac users I know complaining about this kind of stupid bullpuckey from their machines.

Well for a start there are about a hundred Windows users for every one Mac OS user, and they have much bigger issues to worry about, like the guy I just linked to, whose machine was bricked thanks to an update and couldn't even reinstall Mac OS. Or how Apple shifting their platform around so much breaks compatibility every few years.