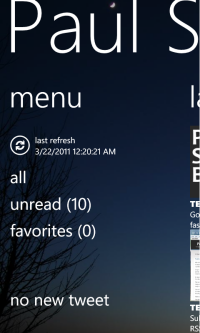 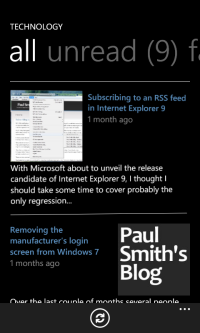 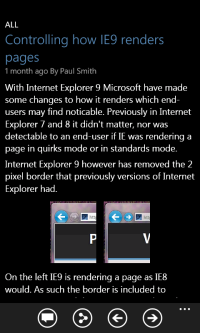 Today Internet Explorer remains healthy with 56.77% (according to Net Applications). Over the last year it had four months of growth, but overall is down 4.81%. Coincidently the tech press' old darling Firefox lost 2.47% share during the same period, losing 11% of its users, compared to Internet Explorer that only lost 8% of its users.

But how is Google, the darling of the technology press doing in its core business of search?

Using the same logic that the press apply to Internet Explorer, Google Search is far beyond a sinking ship, its a shipwreck that's on fire and is about to explode.

Google have dropped from 74.5% marketshare last year to 65% this year (According to Compete). Google managed to shed 9.5% share to its main rival Bing. With numbers like that more than 12% of Google's users in the last year have moved over to Bing.

That's double the marketshare that Internet Explorer lost in the same period.

Yet we don't hear a peep about this.

Of course Internet Explorer isn't really a sinking ship, Internet Explorer 8 was the fastest growing browser ever, and version 9 not only offers fantastic HTML5 support, it is also the fastest browser on the planet. Nor is Google Search a shipwreck on fire about to explode, I actually use it for most of my complicated search queries, because it handles them better than Bing, which is better at more mainstream stuff.

The point of this post has simply been to highlight the hypocrisy in the technology press. They can't call Internet Explorer a disaster, and cite losing 5% marketshare without calling Google Search an even bigger disaster.

The press seem to be on a roll with anti-Xbox Live stories as of late. A few weeks ago it was the kid caught cheating with a modified profile, and as a result had his gamerscore reset and his zone changed to "cheater". His mum complained and demanded his achievements back and the "cheater" removed from his gamer tile, after Microsoft refused she went to the press. In the end we found out the kid had cheated, despite his mum protesting his innocence. The kid cheated, end of story.

Well this week we've got something a bit different now the Daily Mail are featuring a story about an 11 year old boy spending £1000 on the Xbox Live Marketplace.

The Service is not intended for use by children under 13, except together with a parent or other adult supervision

With that out of the way...

A desperate mother has condemned Microsoft after her 11-year-old son racked up a £1,000 debt on her debit card - through his Xbox. Brendan Jordan racked up a bill of £1,082.52 on his Xbox without realising all the purchases were being charged to his mum Dawn Matthews' card.

She entered her debit card details into the family Xbox to pay for Brendan's subscription to his favourite game. However, Brendan repeatedly clicked on additions and extensions - racking up a £1082.52 debt to her account over six months.

Oh so in other words, you let your kid spend the money. And now you want it back? Tough you got the stuff you paid for, as it clearly states "there are no refunds for this item". NO REFUNDS.

Microsoft make it perfectly clear what's going on, they'll show two or three screens when you're buying Microsoft Points, making it clear this will debit your account, it mentions the amount and the fact it'll take it from a credit card. Your 11 year old kid is taking you for a ride if you think he didn't know what was going on.

It is ridiculous to allow someone of his age to make payments without any checks being done.

You're quite right and the fact of the matter is Microsoft do check.

When you would have set up your son's account it would have asked for an age. Under 18 and he'd get a child account. With all the parental controls anybody would need, and by default would prevent any purchases from the Xbox Live Marketplace.

So either they lied about his age when setting up his account, or the mother enabled purchases on her son's account.

In addition to that it took six months before his mother realised he was spending all this money. Surely she would have noticed the dozens if not hundreds of MICROSOFT *XBOX LIVE transactions on her statement? Or you know check their e-mail where receipts would be sent? Apparently not.

Stop trying to blame others for your own bad parenting.

Over the last couple of months several people who rely on my computer savvy to clean their computers out of bloatware have purchased new computers, one from Dell and another from Acer.

Both of these computers have their own login backgrounds supplied by the computer manufacturer. As well as the regular desktop wallpapers - but they're easy enough to change yourself. Changing the login screen back to how Microsoft intended it to be is slightly more challenging.

You'll need to use the registry editor to change it back. To do this you'll need to be logged into an administrator's account.

After following those steps the computer should display the default login screen.

For those not comfortable with editing the system registry, download the registry file here, and run it. When prompted accept the request to merge with your computer's registry. 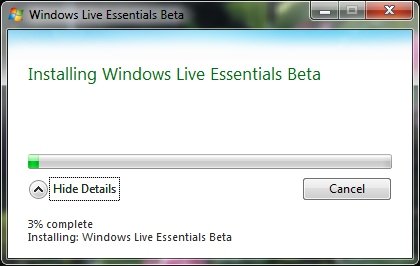